System76 computers use a standard Ubuntu installation disc and the System76 Driver to fully restore the system to factory settings.

On our second generation Oryx Pro (oryp2), the System76 driver is required for the touchpad. Please use the keyboard or an external mouse for the initial install steps and until the driver is installed.

If your recently upgraded system does not boot, it can often be recovered. If you see a flashing underscore on the screen after booting, then it’s likely that Ubuntu’s bootloader (GRUB) was not properly updated. To restore it, see Repair the Bootloader

First, you’ll need to create bootable media you can restore or install Ubuntu with.

Once you have the disk made, reboot your system. You’ll need to tell the computer to boot from the Live Disk. Immediately after you turn the computer on:

Ubuntu may need a special option enabled to install and boot from Ubuntu until the NVIDIA driver can be installed as described below. If the installer doesn’t show an image after this screen, please follow the next instructions: 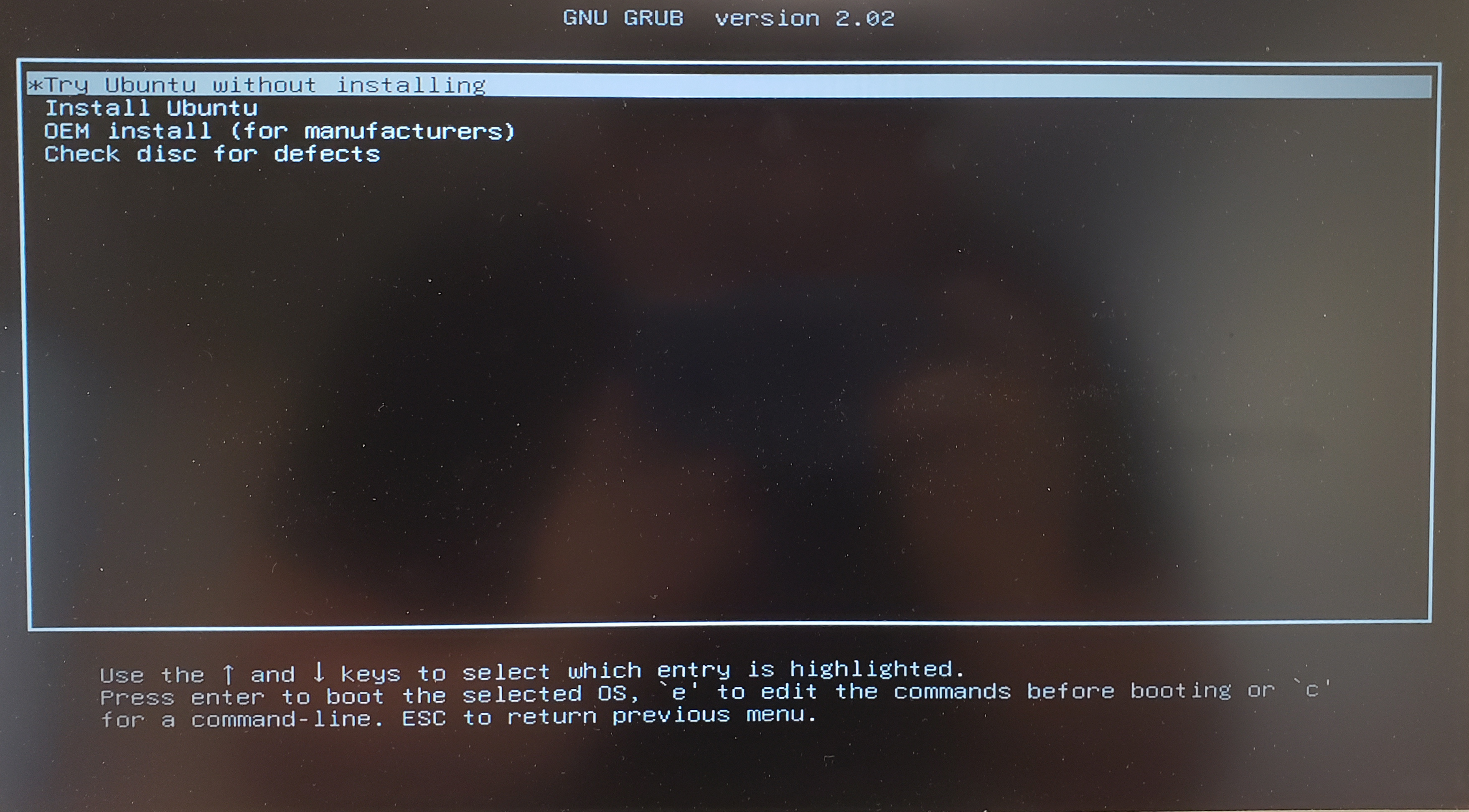 When you see the above screen, press the ‘e’ key to enter the boot parameter configuration screen. 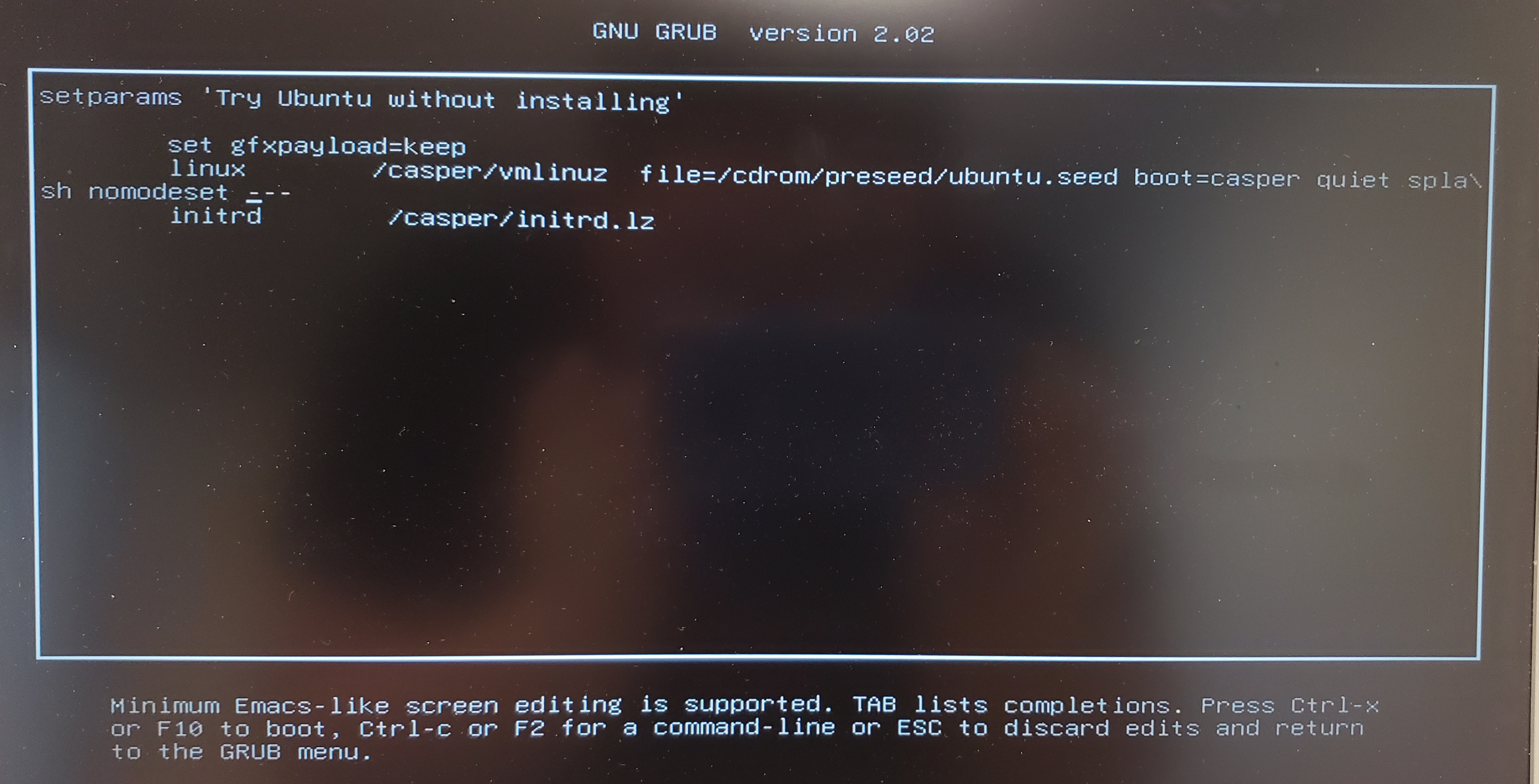 Then on the above screen at the end of the ‘linux’ line add the following line:

Once Ubuntu starts, you will be asked to Try Ubuntu or to Install Ubuntu. If you are attempting to restore a broken operating system, please choose Try Ubuntu. First, we recommend backing up all important files from your computer. The restore process can leave your files intact, but it’s best to be safe in case something goes wrong. Next, double-click on the Install Ubuntu icon on the desktop. 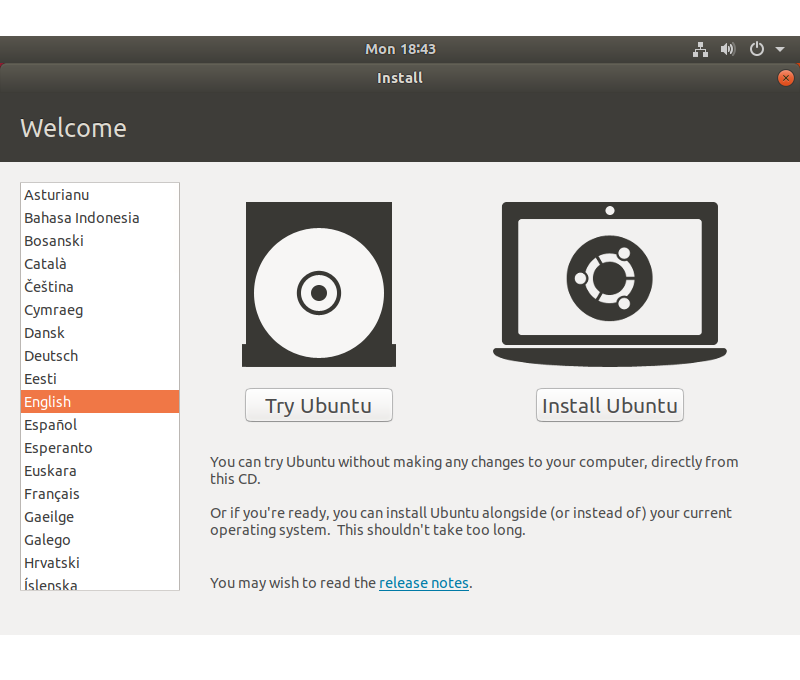 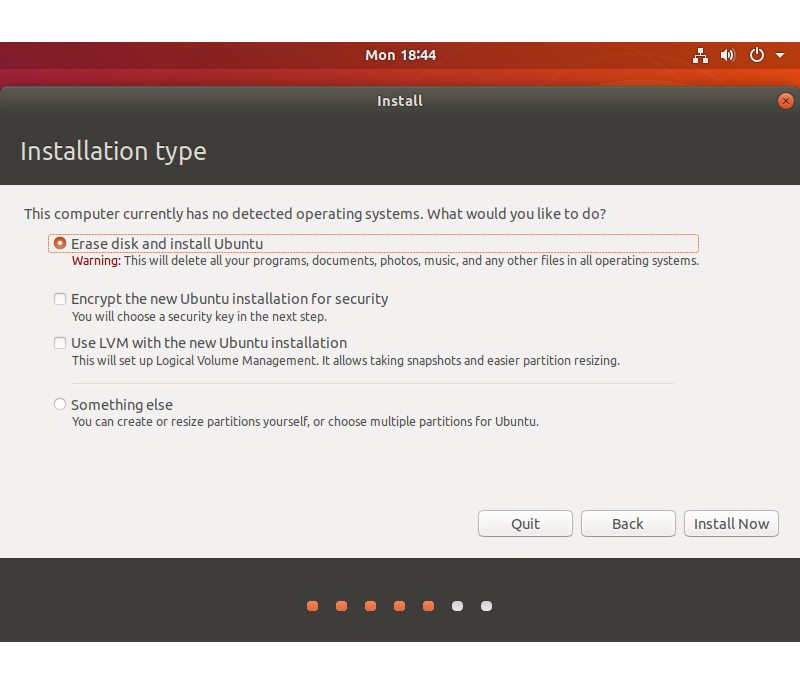 Once you’ve reinstalled Ubuntu, you’ll need to download and install the System76 Driver. Open the Terminal (search Terminal from the Ubuntu () dash or press Ctrl+Alt+T), then enter the following commands:

If you ordered a system with a discrete NVIDIA graphics card or if you added one later on, you will need to manually install the drivers for your card to get the optimum performance. Please run the following command after the above commands to install the driver:

If you are running Ubuntu 19.10 or later, you will need to manually add an apt preferences file to “pin” the System76 repository. This will tell apt to prefer System76 packages over standard Ubuntu packages. Installing the System76 Driver will not be possible until this step is completed.

Add the following six lines (seven if you count the space in the middle):

Save the file. Now you should be able to install the System76 Driver as described above.

The nouveau.modeset=0 modifier should be made default if your machine has NVIDIA hardware. Please run this command to edit the startup options file:

Then save the file, exit the editor, and run this command to make the change permanent:

Once the process is finished, restart your computer for all changes to take effect.